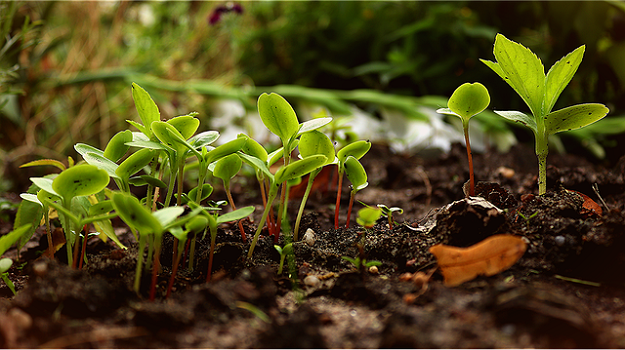 What is permaculture? It’s not the easiest term to define, but here are 5 central characteristics common to permaculture gardens and farms…

“Permaculture” is a term that is thrown around a lot (kind of like “sustainable”), but what does it really mean? That’s a good question, as you can find numerous definitions of the term floating around out there! However, I like the original definition, as coined in 1978 by Bill Mollison:

“The conscious design and maintenance of agriculturally productive systems which have the diversity, stability, and resilience of natural ecosystems. It is the harmonious integration of the landscape with people providing their food, energy, shelter and other material and non-material needs in a sustainable way.”

While permaculture as a practice began as part of a sort of underground counterculture movement, these days, it has become much more mainstream, and many of its principles have been embraced by both sustainable agriculture and the green living and farm-to-table movements.

While many permaculturists still resist one central definition of the term, here are 5 central tenets to permaculture that are characteristic of all virtually all permaculture gardens:

Any system that provides for its own energy needs is inherently sustainable. This concept can be extended beyond things like biofuels and solar power to what permaculturists call “inputs,” like food and fertilizer. For example, rather than importing fertilizer to a farm or garden, the system could be designed to provide for its own fertility needs – perhaps from livestock manure or cover crops… Any permaculturist worth their salt would remind you that a successful closed-loop system “turns waste into resources” and “problems into solutions.” “You don’t have a snail problem, you have a duck deficiency,” Mollison was fond of saying, which makes perfect sense if you’ve ever seen how gleefully ducks wolf down snails.

Permies aren’t the only ones to recognize that tilling the ground once or twice a year isn’t particularly good for the soil. This is why they advocate using perennial crops that are planted just once, rather than annual crops, which require constant tillage. Agroforestry, the cultivation of edible tree crops and associated understory plants, is emphasized – think shade-grown coffee or cacao plantations in South America. The only problem is that few crops that most of us eat are perennials; but there is no doubt that if we could replace all the monocultures of corn, soy, and wheat in the world with agroforestry systems (while still feeding the world), agriculture would be much more sustainable.

One of the more original ideas of permaculture is that every component of a structure or a landscape should fulfill more than one function. The idea is to create an integrated, self-sufficient system through the strategic design and placement of its components. For example, if you need a fence to contain animals, you might design it so that it also functions as a windbreak, a trellis, and a reflective surface to direct extra heat and light to nearby plants. A rain barrel might be used to raise aquatic food plants and edible fish, in addition to providing water for irrigation. Permies call this “stacking functions.”

Water conservation is a major focus on permaculture gardens and farms, where the earth is often carefully sculpted to direct every last drop of rain toward some useful purpose. This may take the form of terraces on steep land; swales on moderately sloped land (which are broad, shallow ditches intended to capture runoff and cause it to soak into the ground around plantings); or a system of canals and planting berms on low swampy ground. The latter is modeled on the chinampas of the ancient Aztecs, an approach to growing food, fish, and other crops in an integrated system, often heralded by permaculturists as the most productive and sustainable form of agriculture ever devised.

5.) Let Nature Do the Work for You

The permaculture creed is perhaps best captured in the Mollisonian mantras of “working with, rather than against, nature” and of engaging in “protracted and thoughtful observation, rather than protracted and thoughtless labor.” On a practical basis, these ideas are carried out with things like chicken tractors, where the natural scratching and bug-hunting behavior of hens is harnessed to clear an area of pests and weeds in preparation for planting… By letting nature do the work of farming and gardening for you, one achieves another of Mollison’s famous maxims: “maximizing hammock time.”