5 Tips for Saving Your Own Seeds 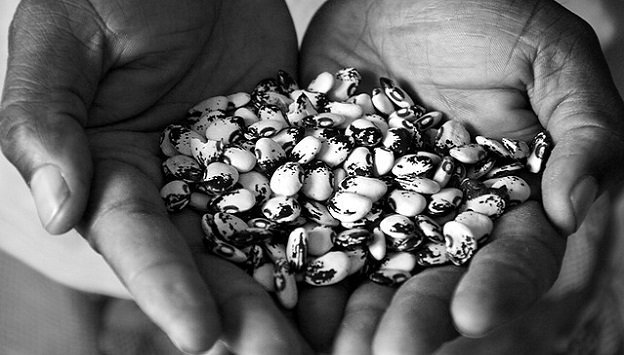 Saving your own seeds is a sustainable gardening habit that can save you money and help you grow a better garden. Here are 5 tips to keep in mind…

One thing you can do to become a more sustainable gardener is to save your own seeds. By saving your own seeds each season, you will not only save money on buying new seeds, but you can also improve your yields and even potentially begin to improve disease resistance by selecting seeds from plants that show healthy vigor and produce bumper crops each year in your particular garden environment.

While it may sound messy or intimidating at first, saving your own seeds is actually quite easy in most cases!

I have saved seeds from many crops each year, but some of the easiest for me are usually beans, tomatoes and peppers. I have also added several new varieties to my garden by saving seeds from vegetables that were given to me – some of which I didn’t even know the names of at the time! I continue to grow these same plants in my garden years later, making sure to save the seeds so I don’t lose access to these delicious and hard-to-find varieties.

The fall harvest season is a great time to get started, so below you will find some helpful tips for saving your own seeds:

Seeds denoted on the package as “F1” are hybrids, meaning two varieties have been bred with one another (cross-pollinated, that is) to produce a third variety with a combination of traits from each “parent.” If you were to save seed from this hybrid offspring and plant it, each seed would grow into a plant with a random combination of the traits found in the gene pool of the original parents, which rarely produces something you’d want to eat. The only way to reproduce the hybrid “true-to-type,” as plant breeders say, is to cross the two original parents. That’s a big part of why most seed savers stick with old-fashioned heirloom varieties, which by definition are not hybrids.

2.) Save Seeds from the Best Plants

To save seed is to participate in the process of natural selection. If you save seed only from the biggest tomato of the bunch and replant them year after year, you’ll eventually end up with seeds that produce plants on which all the tomatoes are bigger. The same holds true for almost any other trait. Want tomatoes that ripen earlier? Save seed from the first fruits to ripen each year. Want disease resistant plants? Then definitely don’t save seed from those that are disease-infested. This is essentially what professional plant breeders do. You don’t need to get too scientific about it, but as a rule of thumb, only save seed from your healthiest, most robust, tastiest plants.

3.) Seeds of Some Crops Are Easier to Save Than Others

Seeds are the products of pollination, the botanical version of sex. Some crops are self-pollinators, which means individual plants are fertilized by their own pollen. These crops, including beans, peas, tomatoes, peppers, and cauliflower, are among the easiest to save because you don’t need special botanical knowledge to ensure that the seeds grow out true-to-type.

It’s with cross-pollinating crops – those that need pollen from a neighboring plant in order to set seed – where things get complicated. This group includes cucumbers, corn, squash, pumpkins, and melons. If you have more than one variety of the same cross-pollinating vegetable (a butternut squash and acorn squash, let’s say) growing in close proximity, pollen from one will inevitably end up in the flowers of the other, resulting in seeds that are a mutant hybrid of both varieties. Seed savers employ various strategies to prevent this, ranging from growing different varieties on opposite ends of their property (pollen only travels so far on the wind or via insects) to placing plastic bags over some flowers to exclude unwanted pollen (you must then use a paintbrush to pollinate them with pollen from the same variety). Another option? Simply grow only one variety at a time of these particular crops.

Just like picking the perfect tomato, you have to wait until seed is fully ripe before you harvest it – if picked from the plant too soon, the seed will not germinate. As explained above, optimal seed maturity is usually later than optimal crop maturity. Bean and pea seeds are not ready until the pod is brown, dry, and beginning to split open. This is true of any seed that grows in a pod, which includes most greens. Corn seed should be allowed to dry on the cob in the field. Some vegetables, including cucumbers and eggplant, should not be picked for seed until they are overripe and beginning to shrivel up and rot.

Or watch this webinar for some eye-opening information about why saving seeds = freedom!