5 Unique Heirloom Veggies to Grow In Your Backyard 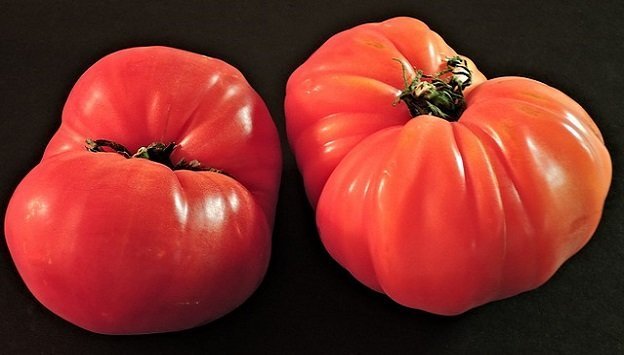 Looking for some fun new varieties to try in your garden this year? Here are 5 unique heirloom veggies to check out…

Heirloom vegetables are vegetables that are grown from seeds that are open-pollinated, so they can be passed down from generation to generation. Some heirloom varieties have been around for hundreds of years or more, and many of them have unique colors, shapes, flavors, and other properties that you usually won’t find in the supermarket veggie bins. In general, a variety must be at least 50 years old to achieve “heirloom” status.

Heirloom vegetables are often prized not just for their sustainability and hardiness, but also for their unique flavors as well. They are usually specifically adapted to their local environment, making them more pest and disease-resistant, and potentially more nutritious, too! (To learn more about the differences between heirloom and hybrid seeds, check out this article.)

Heirloom veggies are a great way to add some diversity to your garden. Here are a few fun varieties to try:

This summer squash is an ancient heirloom vegetable that originated in North America centuries ago and was grown by Native Americans for hundreds of years before they were introduced to European explorers and settlers as far back as the 16th century.

A unique, white, flower-shaped, pattypan-style summer squash that is excellent sliced up and grilled, fried or baked. This is a nice addition or alternative to your zucchini patch!

These small, round, yellow cucumbers are tangy and citrusy, just like lemons! But they are 100% cucumber. Introduced to America in 1894, records of lemon cucumbers have been found in the middle east dating back to the 16th century.

These small, round carrots are very easy to grow and make a great candidate for container gardening due to their short, round shape, and do well even in heavy soils with lots of clay. They are sweet in flavour and are excellent roasted whole or sliced raw and added to salads.

Like most heirloom vegetables, there are so many unique and beautiful varieties of heirloom corn that it was really hard to choose just one to showcase here, but I just couldn’t leave this one off the list.

Glass Gem Corn is truly too awe-inspiring to leave off this list. It was cultivated by a Oklahoma farmer named Carl “White Eagle” Barnes who began growing older heirloom varieties of corn as a way of connecting with his Cherokee roots. He was even able to revive ancient varieties that had all but disappeared when Native Americans were forced off their traditional land in the 1800s.

He developed Glass Gem Corn by carefully selecting and saving seeds from a number of varieties of colourful native corn until it evolved into this stunningly beautiful, glass bead-like rainbow-colored corn. So in some ways it’s a newer heirloom variety (Barnes died in 2012), but bred out of selecting seeds from some ancient varieties of heirloom corn.

As for the modern homesteader, Glass Gem Corn is a strikingly beautiful addition to the field or home garden, can be made into delicious popcorn (according to many self-proclaimed aficionados) and makes for eye-catching decor when dried and added to a cornucopia.