Can You Grow Grain In Your Garden? 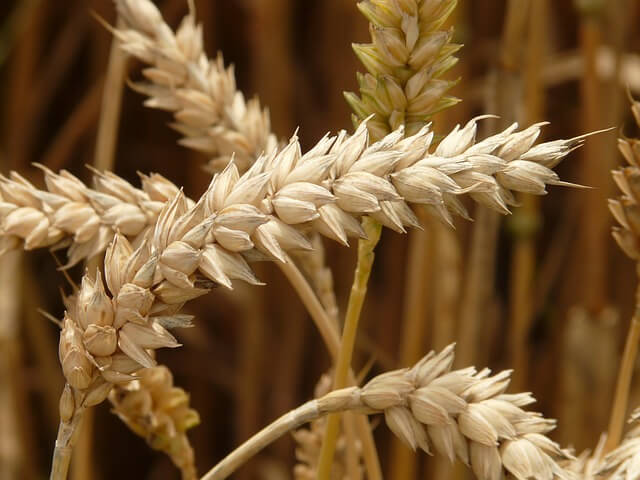 Want to be a really sustainable gardener? Besides growing fruits and vegetables, grow your own grain!

Most people think of grain as something that is difficult to grow, but it actually can be quite easy. It also doesn’t require nearly as much space as you may thing – as the article below explains.

You can grow a wide variety of grains in your garden, from oats to spelt, millet, and more – all of which may be used in your kitchen for baking and cooking.

Imagine how awesome it will be to make bread from flour made from grain that you grew in your own garden! (Need a simple and fun idea for grinding your grain? Check out this awesome bike mill!)

Here’s how to do it:

Wheat, oats, millet, and other grains are actually much easier to grow than most fruits and vegetables, yet we tend to leave those foods to large farms and buy our flour and cornmeal at the grocery store. There is a bit of specialized knowledge needed to grow grains, but there are a couple myths that have turned people off from the idea.

The first is is that you need acres and acres to produce even a few pounds of flour. The truth is that 1,000 square feet—the size of an average backyard—is enough space to grow a bushel of wheat. A bushel of wheat equals 60 pounds of grain, which is enough to bake 90 loaves of bread. Even devoting a row in your vegetable garden to a grain will yield enough to make it worthwhile.

The second myth is that you need special equipment to harvest grains and turn them into something you want to eat. Not so. Traditionally grains are harvested with a scythe, but you can also cut the stalks down with pair of pruning shears or a hedge trimmer. Threshing—removing the grain from the seedheads—is as simple as beating the stalks with a stick. Winnowing—removing the chaff (the papery covering around the grain)—is easily accomplished with a small household fan. A good quality blender passes as a mill for turning grains into flour.

Grains are divided between those that like to grow in warm weather and those that prefer cool temperatures. The majority fall in the latter group, which includes oats, rye, spelt, and most types of wheat. These are typically planted in early fall and are harvested in late spring the following year…. Buckwheat, millet, and certain wheat varieties need hot weather to mature and are planted in spring.

Some warm-season grains mature in as little as 30 days after germination, while grains that are overwintered may need up to nine months before they are ready to harvest. Here are the basic steps to bring your crop from the field to the pantry….

Common Grain Varieties You Can Grow

Choose from winter or spring wheat varieties, depending on the planting season; ‘hard red’ wheat varieties are most commonly used for baking and are available in both cool- and warm-season cultivars.

Grows well in poor soil and matures in as little as 30 days; plant at any time in spring or summer.

Same growing requirements as winter wheat, but grows well in poor soil and is more cold-tolerant than wheat.

In the South, plant in fall for a spring harvest; in cold climates, plant in early spring for a summer harvest; most oat varieties have a tough hull that takes extra effort to remove, so look for hull-less varieties, such as ‘Freedom’.

Varieties for grinding into corn meal or corn flour are often referred to as Indian corn or field corn; like sweet corn, they need a long hot growing season and rich soil; no need for threshing or winnowing, just push the kernels off the cob by hand and store.

Plant in early spring for a late spring harvest or in fall for harvest the following spring; has a tough hull that makes home processing difficult.

A warm weather grain that grows well in poor soil and matures in just 75 days.

There is no need to have a flooded rice paddy, but the soil needs to be kept constantly moist; otherwise, rice grows in the same manner as most other grains, but it does have a tough hull.