Closing the Poop Loop: How to Safely Compost…You Know 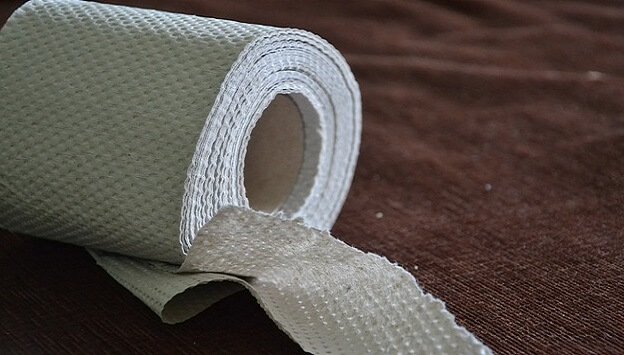 Is there anything more sustainable than fertilizing your garden with your own waste? Maybe not, but is it really safe? Here are some eye-opening facts about this unique but controversial composting practice.

Composting toilets have become more popular with off-the-gridders over the past few years, but many still shy away from the practice of fertilizing your garden with human feces. Besides the “ick” factor, there are some important health and safety considerations to take into account if you’re thinking of composting your own poop.

How can you be sure it’s safe to use composted feces in your garden? This interesting article takes a scientific look at the issue, and shares some tips to keep in mind if you decide to go this route:

While many of the nutrients we eat are released in a convenient liquid form (which is why diluted urine is great for immediate use in the garden or compost pile), the residual bulk and nutrients are delivered in a somewhat more problematic form: poop. Why problematic? Well, it’s heavy, bulky, and smelly, but, most importantly, in its raw form, poop is significantly more likely to contain microorganisms that can make us sick than urine is.

But this doesn’t mean you should flush your poop away, adding to the waste stream. Just like any manure, when properly handled, that black gold is fantastic for soil and plants. The keys to closing your personal nutrient loop—keeping poop out of the waste stream and returning the resources to your soil—include careful handling and composting, along with lots of time.

The easiest way to close your poop loop is to install a commercial composting toilet, such as those made by Clivus Multrum, Sun-Mar, Composting Toilet Systems, Advanced Composting Systems, Sancor Industries, and Naturum. Unlike the primitive units I worked with in the early 1980s, some of these companies offer systems that flush like a standard toilet; facilitate the separation of liquids from solids (excess liquids were the bane of early systems); and operate with very little assistance. Parents of little ones can green kids’ elimination, too, by choosing compostable diaper liners such as gDiapers inserts. Menstrual fluid and organic cotton pads/tampons are also completely compostable, along with other solid human waste. Composting toilets turn poop and other organic matter into semi-finished compost, though most studies agree that the compost they create may still contain disease-causing organisms.

Most people either compost the composting toilet’s end product further using fresh organic matter to create a hot pile (the heat kills nasty stuff); treating it with earthworms (which has been shown to be especially effective, see below); burying it in a wild area where it won’t be disturbed; or storing it for an extra year in closed containers to allow the bad organisms to die off completely. Once finished, many users still limit use of the finished compost to nonfood plant beds in the garden, just to be on the safe side.

The next advance in composting toilets may well be Source Separating Vermicomposting units, as recent research at the University of British Columbia showed that they reliably produce a more finished and much “cleaner” end product than standard composting toilets do. I was not able to locate a commercial U.S. source of a separating/urine diverting vermicomposting toilet unit, though there are said to be commercial units in Europe and it appears you can, or at least could, buy one called a Dowmus if you live in Australia. If you want to take on the challenge, I’d suggest typing “vermicomposting toilet” into the search engine of your choice.

Commercial options aside, it’s quite possible to design and operate a composting system that will safely and effectively deal with the special challenges involved in composting poop.

For more on this topic, including tips for safely composting pet poop, visit Rodale’s Organic Life…