How to Get the Most Out Of Your Container Garden 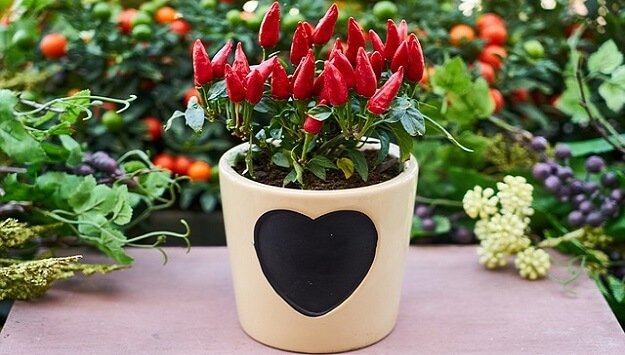 If you live in an apartment, condo, or urban area, growing your own food in the backyard may not be an option. But even if you have no outdoor garden space at all, there are still loads of things you can grow in pots and containers on a sunny patio or balcony. Not only are containers cheap and portable, they can also be used to grow a wide variety of garden crops in a surprisingly small amount of space. However, there are a few special considerations you will need to keep in mind if you want to grow a productive and successful container garden.

For example, you will want to make sure your planted containers will get plenty of sun. This doesn’t mean they need to have full sun all day long, but most crops like at least 5-6 hours of full sunlight per day.

You will also want to keep in mind that containers will dry out much more quickly than if you are planting in the ground, especially during hot weather. If you plan to be out of town for a few days in mid-summer, you will need to make provisions to provide your plants with water while you are gone (for example, use a drip hose on a timer, place your pots in trays with several inches of water, or have a neighbor come by and water once a day).

Also, make sure your pots are large enough for healthy plant growth. Large plants like tomatoes and peppers need at least a 5-gallon pot. Herbs and lettuces can be grown successfully in smaller containers. If in doubt, go bigger!

Here are a few tips for setting up a healthy and productive container garden:

…You might think there’s not much more to the planting process: just dump in soil, replant your seedling, give it some water, and you’re set. But without the ability for your plant to spread its roots as far as it wants, and with minimal soil to hold nutrients and, especially, water, you can super-charge your container with a few simple tricks. Meredith Sheperd, founder of urban agriculture firm Love & Carrots, recommends the kinds of containers that don’t have drainage holes in them—that would include some containers that are designed to be planters, as well as all-purpose buckets that aren’t.

Then you’ll want to drill a few holes around the sides of the container, a few inches up from the bottom, rather than directly into the bottom. Pour in regular chunky gravel just above the level of the holes, then lay down a layer of weed-block fabric…, and then your soil on top of that. This makes a reservoir for water to sit in, which means you have to water the plant less often, but the plant will remain well-irrigated throughout the day…

But What About The Soil?

A major tenet of organic farming is to care for the soil, to keep it healthy and alive so it can produce delicious food year after year. But that can be very difficult to do in container gardens. Chances are, you don’t have an easy source of high-quality organic soil, so you have to build that soil ecosystem from scratch. Sheperd advises skipping the non-organic stuff for basic reasons. “Miracle Gro, for example, will work beautifully for a year, but after that the soil will just completely be dead,” she says…

Go for a good organic soil, and mix with a good organic fertilizer. “Dr. Earth is a good fertilizer brand, they sell stuff like guano fertilizer,” says Sheperd. And make sure to follow the instructions for the amount of fertilizer to add: you might think that adding a little more fertilizer than the package recommends will supercharge your plants, but it’ll have the opposite effect…

If you want to boost the quality of your soil, looking into local sources of compost, or even buying some worms, which you can, amazingly, do on Amazon, might be a smart idea…

How To Water A Container Plant

Never, ever water a plant by drizzling water over the top of the plant. You want to keep the leaves as dry as possible; they can develop mold and other problems if they get and stay wet. Instead, water the plant at soil level. You’ll probably have to water a container garden more often and with more quantity than a regular garden, because the water will evaporate more quickly.

“Irrigation is worth it, if you can,” says Sheperd. “If you have a hose nearby you can put a pretty inexpensive automatic watering system in.” But there are other options as well—you can even make your own from a two-liter soda bottle that you jam into the soil. Not perfect, but we’re not aiming for perfect here…

Okay, So What Should You Grow?

Lots and lots of crops will work fantastically in containers. It’s easier to say what won’t work, or what’s not worth it. “If you’re container gardening, then your limiting fact is definitely space, so I would focus on plants that produce a lot per square foot,” says Sheperd. You’re looking for plants with a continual harvest, meaning plants that produce more than one item per crop. That means probably no root vegetables…because one seed equals one vegetable, which you can only harvest once per year. Compare that with summer squash, tomatoes, cucumbers, peppers or herbs, which you can pick as needed multiple times per season.

Given that you probably have minimal space, it’s smart to grow vertically, which means you’re looking at tall plants like squash, cucumbers, beans, and tomatoes. But these plants also have special needs: they need something to grab onto (or in the case of tomatoes, something to lean against)…

Look for stuff like cattle fencing and remesh, both of which are kind of like thin chain-link fences, and both of which are designed for other uses entirely. But plants love them, and will crawl up them or rest against them happily and healthily. Plus, they’re really cheap.

There Won’t Be Pests, Right?

Well, no. Sorry… There’s a pretty fair chance you’ll have to deal with blight, aphids, hornworms or even large critters like pigeons and squirrels.

…A thin white sheet draped over plants can help keep bugs out (especially when you’re talking about brassicas, like kale, Brussels sprouts or cabbage, which bugs love)…

For tomato blight, which is a fungus, try mixing baking soda with water or milk and spraying it on. For aphids, a simple soapy water solution spray will help keep the cellulose-sucking bugs off. Hornworms and other large bugs can simply be picked off with your hands.

Squirrels and pigeons? Those are smarter… The only surefire way to keep them out, says Sheperd, is a cage made out of something like chicken wire.

Getting The Most Out Of Your Containers

It’s not common knowledge that you can have multiple crops per year in the same container. There’s an easy technique Sheperd recommends called “under-sowing.” Basically, say you’ve got a 5-gallon container in which you’re going to grow tomatoes. That’s a summer crop, which means you’ve got space on either side of the calendar for spring and fall crops. So in the springtime, sow in a bunch of, say, lettuces, in seed. Then around Memorial Day, plant your tomato seedling right in the middle of your lettuces, which by this time should be a few inches tall. Within a couple weeks, the tomato plant will be tall enough to cast shade over the lettuces, but the lettuces are ready to be harvested anyway. So do that! Eat the lettuces, then grow the tomatoes as usual.

Near the end of the tomato growing season, you can do the same thing with fall crops like chard or kale. By this time, your tomato plant is mature, which probably means the lower branches of the plant are kind of brown and dead. No problem! Snap them off and plant the seeds of your fall crop right underneath the tomato plant. As the tomato plant dies, the fall crops will spring up, and you can cut the tomato plant off when it is done to give the fall greens more room.