Deer are so cute – but so destructive in the garden! Here are 3 methods for keeping deer out of your garden & keeping your harvest safe…

I speak from experience when I say that deer can be one of the most destructive garden pests. They can easily munch off an entire row of beans in one night, or polish off some of your prime tomatoes before you even notice they were there. And getting them to leave your garden alone once they’ve discovered how tasty it is can be quite a challenge!

We never had a problem with deer in our garden until last summer. Our garden is fenced, but it’s not a high fence – only about 4′ tall. However, for the first 7 years, deer seemed to completely ignore our garden patch. It wasn’t until we returned from a week’s vacation last summer that I spotted the first signs of deer in the garden…

And the signs were quite unmistakable. Tomatoes were nibbled, and the tops of almost all of our bean plants were completely eaten off. Unfortunately, it wasn’t a one-time occurrence. Apparently, once the deer figured out there was something delicious inside, they had no problem hopping the fence multiple times per week. They chowed down on my tomato plants – and pulled the actual green tomatoes entirely off the plants. Our bean crop was quite diminished, and they ate some of the leaves off our beets and even the okra – despite the fact that they aren’t supposed to like prickly plants. It was only through quite a bit of determined effort that I was able to break them of the habit of visiting my garden. So far, this year they haven’t bothered it yet, but I am keeping a vigilant eye out!

There are a few different ways to keep deer out of your garden. Planting deer-resistant plants can help, if you’re talking ornamental plants, perennials, or herbs. However, vegetable gardening is a different story. Just like me, there aren’t a lot of veggies deer don’t like!

And, as this article reminds us, “keep in mind that there are no deer-proof plants; just deer-resistant ones. If an animal is hungry enough, all bets are off.”

Native species that have fuzzy or prickly leaves or a strong or bitter flavor may be avoided by deer. Herbs such as sage, rosemary, oregano, mint, thyme, chives, and lavender are usually fairly safe. You can find a list of deer-resistant annuals, perennials, and shrubs here.

But when it comes to the vegetable garden, here are a few recommended techniques for keeping deer at bay.

Deer repellents were the first thing that I tried after finding evidence of deer in the garden last summer. Upon the recommendation of my sister – who has also had good luck with this – I tried a product called Liquid Fence. The smell was truly terrible – like gag-worthy! However, the deer seemed to find it so as well, and would avoid the plants I had directly sprayed for several days – even after a rain.

As an organic gardener, I prefer to stay away from repellents that contain harmful chemicals. Liquid Fence (and many of the others) contains natural ingredients such as rotten eggs, dried blood, garlic, hot peppers, strong-smelling herbs and spices, and other substances that deer find repellant. It also won’t harm beneficial insects or pets, etc. Fortunately, once the spray dries, it doesn’t smell as bad to humans, but I would definitely recommend spraying in the evening AFTER you are done with the garden chores for the day!

The main drawback to deer repellents in my opinion is that they do have to be reapplied regularly. I would suggest trying a small bottle to make sure it works for you, and once you’ve found one that the deer stay away from, purchase a bottle of concentrate, which is both more affordable in the long-run, and produces less waste. I ended up switching to another repellent (mostly due to cost) called Bobbex. (Despite the many online reviews saying it was the worst smell in the world, I find it to smell less obnoxious than the Liquid Fence, but it seems to work just as well against our deer.) The concentrated formula is easy to mix up in a sprayer, and I estimate it will take me a couple of years to go through 1 small-ish bottle.

Many of the popular repellents contain oil, which keeps the product in place longer, even after a rain or two. However, if you have a serious deer problem, I would still recommend spraying every few days for a few weeks to teach them that there’s nothing good to eat in the vicinity anymore.

While fencing works very well for deterring smaller garden pests like rabbits, full-grown deer can easily leap 5-6′ in a single bound. However, in our experience (maybe because there is so much wild forage in our area), they will typically skirt the fence as long as they don’t realize there’s anything yummy inside. (If I had been regularly spraying the perimeter of the garden with repellents last summer, I doubt they would ever have gotten a taste for what was in there.)

We discussed adding taller fence posts and strands of barbed or electric wire above the short fence, but it seemed like a difficult and expensive project. Instead, I opted for another fencing method I had read about.

Apparently, deer don’t like to jump inside a space that feels too confined, so one solution that can work is to put one fence inside another (just make sure both fences are visible). Since we already had a run of poultry netting for our chickens, I purchased another length of this and erected it about 5′-6′ outside of the garden fence. This expanded the chickens’ roaming area, and also seems to help keep the deer out. It’s also fairly easy to move around for mowing, etc.

The main drawback to this is having to climb over the poultry fencing every time I need to go in the garden, but I’ve gotten used to it and it’s only a mild inconvenience compared to having our garden demolished by deer!

This is one method we have not tried, although I have heard it works well for some people. Motion-activated sprinklers or lights can scare away deer and other critters from your garden with a quick blast of water or flash of light.

However, keep in mind that deer can get used to these over time, so it’s best to move them around so they aren’t always in the same spot. Also, the sprinkler will likely require a fair amount of water pressure, so if you use a gravity-fed watering system as we do, this technique may not be effective.

A dog that barks can also be a great deterrent, so if you have an outside guard dog, this may be the only scare tactic you need!

Fortunately for us (and for our garden), the combination of the double fence and frequent repellent spraying seemed to break our deer of the garden entry habit by the time last fall rolled around. I haven’t seen any signs of deer in the garden yet this year, but I’ve already erected the outer fence, and have started up with intermittent spraying of the repellent as my crops have begun reaching edible size. Hopefully, the deer have by now forgotten that there is anything tasty inside, and they’ll leave the garden alone from now on!

Are there other methods that you’ve used to successfully keep deer out of your garden? We’d love to hear about them! Comment below, or check in on our Facebook page and share your experience… 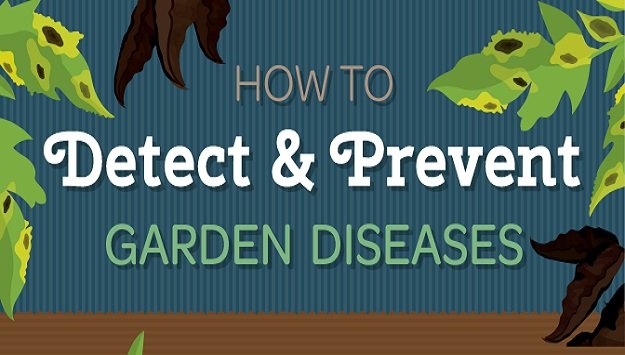 link to [Infographic] How to Prevent Common Garden Diseases

Watch out for these common garden diseases in your garden & yard – and follow these tips for dealing with them naturally… While we all would love to ... 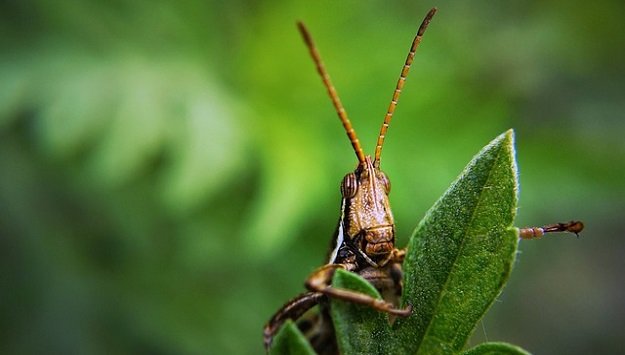 link to 3 Simple Garden Mistakes That May Attract Pests

Avoid these simple garden mistakes that can attract pests to your garden… Garden pests can be a real pain, and while there are many things you can do ... 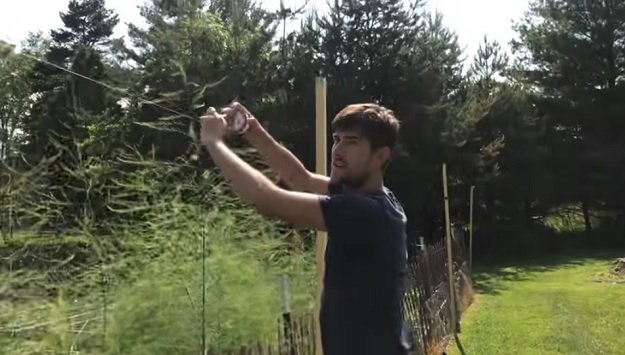 Protect your garden from curious deer with this simple fishing line deer fencing method… After leaving our garden alone for 6 years, the deer finally discovered it last ...