Make Your Own Potting Soil With These 3 Simple (& FREE!) Ingredients 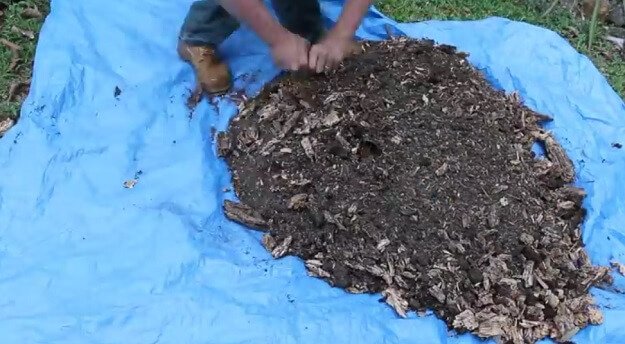 It’s time to start thinking about this year’s garden! Here’s how to make your own nutritious potting soil for seed starting or container gardening – and it can be 100% free when you use these 3 simple ingredients…

Spring is just a few weeks away, which means… it’s almost time for starting seeds! Whether you are starting seeds to plant out in the garden later, or setting up a container garden, the first thing you will need is some good potting soil. You can buy potting soil at garden stores and nurseries, but it is often quite expensive. Making your own is not only very easy, but it can also be FREE if you use simple and readily available ingredients like those described in the video below!

I love the method of using a tarp for mixing everything together (I usually use an old shower curtain liner) – it works great, and then you can fill all your pots on the tarp to avoid making a mess everywhere when potting. I also like the idea of using rotted wood – I have never seen this suggested in soil mix before, but it does sound like it would work very well for aeration and water retention.

If you use the suggested ingredients, you will likely end up with a fairly coarse mix. If you want a finer soil, for example, for seed-starting purposes, you can sift your finished mixture through a screen and use the finer screened stuff as your seed-starting soil mix, while saving the coarser parts for your growing containers.

Watch the short video below to see how to make your own free potting soil mixture:

Missing an ingredient? Check out this link for some substitutions you can use instead – as well as some cautions on using cow manure: https://thegrownetwork.com/homemade-potting-soil/