How to Practice Continuous Composting 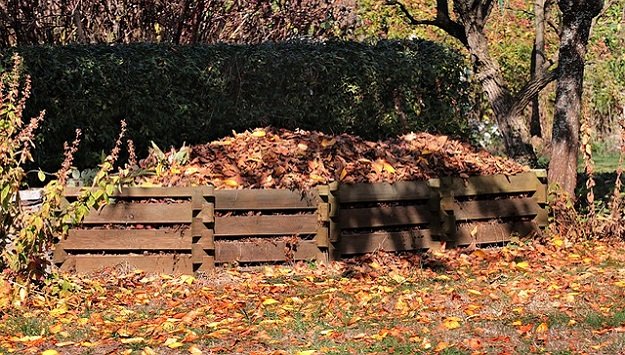 There is so much information out there about composting that sometimes it can seem a bit overwhelming for those new to the concept. There’s hot composting, cold composting, sheet composting, worm composting, “greens” and “browns,” ratios and moisture levels, etc. – it’s a lot to tackle!

However, if you’re feeling like there’s just too much to learn, stop and take a breath… and remember, Mother Nature has been composting continuously for millions of years! While there are numerous composting methods that can help you create faster finished compost, manage a smell-free compost in the city, and so on, the basics of composting are really, really easy! Are you ready for the secret?

As David The Good from TheSurvivalGardener.com says…

“Just stack it up as you have it, then let it rot.”

Practicing continuous composting means you don’t need fancy bins or tumblers (though they can be handy at times), thermometers, special aerating implements, or anything at all. You can just throw your waste in a big pile, and let nature have her way with it.

This isn’t the fastest way to make finished compost, but it’s certainly the easiest!  And it’s also the method we have been using since we started composting. We do have a small compost tumbler next to the house where we throw all of our kitchen scraps (plus occasional leaves, straw, grass clippings, spent bean vines, etc.), but we basically just throw everything in there, then twice a year we roll it out to the compost area by the garden and empty it into whichever pile we are currently building. We have 2 working compost piles, as each pile takes about 2 years to break down into finished compost – and we usually have enough in the other pile to last us until the other one finishes.

So there you have it – the easiest way to make compost! You literally don’t have to do anything other than throw stuff on your pile and let it decompose naturally. No worries about moisture level, brown-to-green ratio, or anything like that – and you don’t have to wait until you have a whole bunch of material to add it to your pile – it is fine to add it a bit at a time, as you have it.

There are bones in this compost, and I think that’s great. I still can’t get over the fact that people buy bone and blood meal but are afraid to throw leftover ribs into the compost. Come on, people! It just makes sense.

The tall metal bin we have keeps most animals out, so that hasn’t been a problem. And if a few want to snack in the night, well, they can go for it. Who am I to begrudge a beggar some bones? They’ll turn it into manure somewhere anyhow.

Do you practice continuous composting, or do you use another method? Join the community on our Facebook page and share your composting experiences!