The 4 Essentials of Successful Composting 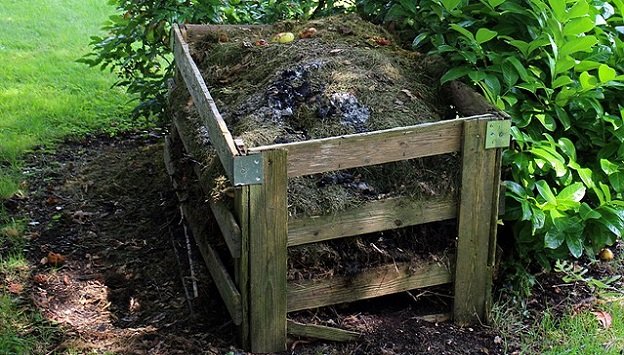 Mother Nature is a master at composting, but there are still plenty of ways to help the process along and get your compost cooking faster without smelling up the neighborhood. Much of it comes down to the ratios of the ingredients used, but with all of the variables involved (moisture, temperature, nitrogen versus carbon content, time, etc.) composting is really more of an art than a science. What works in a hot, arid climate won’t necessarily be as successful in areas with a lot of rainfall and humidity. Without paying attention to the details, it’s easy to end up with a smelly mess that your neighbors may not enjoy (although, given time, even this will eventually break down into usable compost).

Below are 4 essentials that you need to get right in order to make great compost for the garden, while skipping over that “smelly mess” stage that plagues so many compost bins.

1) Get to Know Your Greens and Browns

There are two main ingredients in any successful compost pile: carbon-rich ingredients and nitrogen-rich ingredients. The carbon camp is often referred to as “browns,” because it include things like dried leaves, dried grass clippings, cardboard, and straw. Nitrogen-rich “greens,” on the other hand, include fresh leaves, fresh grass clippings, and vegetable scraps; the name is a bit of a misnomer, however, as manure, a very nitrogen-rich substance, is also included in the green camp. You’re going to need at least one source of each for your pile.

Pro Tip: Always start a new compost pile with a fluffy layer of browns on the bottom (at least 6 to 8 inches deep) to absorb moisture from the pile and keep things well-aerated, thus avoiding cesspool conditions.

The magic that is composting rests on the interaction between carbon compounds (browns) and nitrogen compounds (greens). Any pile of organic matter (translation: this means formerly living things, including all compost ingredients) will eventually decompose and feed the soil, but when the ratio of carbon to nitrogen in a compost pile approaches 30 to 1, the decomposition process rapidly accelerates as “thermophilic” bacteria move in and the pile heats up to over 160 degrees Fahrenheit.

Pro Tip: Check out this handy list of the carbon-nitrogen ratio for various compost ingredients to get a general sense of how much of each to incorporate into your pile.

3) Keep the Pile Covered in Carbon

In general, it’s best to err on the side of too much carbon in a compost pile. The worst that can happen is it takes longer to decompose. Extra leaves, straw, and grass clippings, especially when used on the outside of the pile, reduce odor and improve aesthetics. You can think of this almost as a covering, with the composting activity occurring below; pull it back each time you had a new layer of compost materials. Aim for at least 3 to 4 inches thick.

Pro Tip: This outer layer of carbon won’t readily decompose, so just strip it away once the interior part of the pile has turned into dark, crumbly compost and use it as an ingredient in your next pile.

Composting jocks will tell you, as they look condescendingly down their nose, that it’s possible to build a big fat compost pile and transform it into black gold in a few weeks. That is technically possible, though if speed is your goal be prepared to do lots of pile-turning and invest in fancy products. It should be noted, however, even once the pile transforms into a dark crumbly soil-like substance, it takes another six months to a year for it to “mature”—a second, less visible stage of decomposition when other organisms take over and further refine the compost into something truly alchemical for plants.

If you’re not in a hurry (and why would you be?), then relax; stop worrying so much about whether you’re doing it right or not; add more carbon when in doubt; and focus your efforts on enjoying this miracle of nature.