Why Should You Grow Heirloom Varieties? 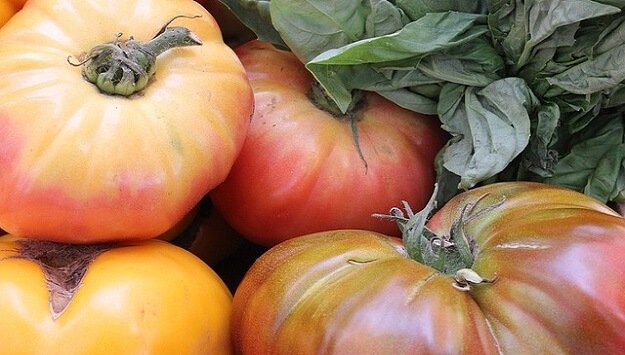 Wondering what’s the big deal about heirloom varieties? Here’s what makes heirloom seeds so special, and why you should consider growing some this year!

The word “heirloom” conjures up images of “the olden days,” when life seemed so much simpler.  It also reminds us of something valuable and treasured. And indeed, seeds once were just that. When most people grew most of their own food, seeds were literally a source of life – as well as income. Seeds were saved, traded, and passed down through generations in some cases.

Today, heirloom varieties are coming back into favor, as we start to realize how important food diversity truly is. This short article describes why you should try growing some heirloom seeds this year:

For those of us who foster sentimental value in our lives, heirloom seeds play to our love of stories and the past…. Heirlooms allow us to stay connected to our history….

Planting heirloom seeds also protects biodiversity. Instead of relying on one seed, where a disease could wipe out the entire plant variety, heirlooms ensure that our favorite fruits and vegetables live long into the future.

Okay, sentimental value, biodiversity — that’s all wonderful and true. But there’s another reason to grow heirlooms. One that proves “heirloom” isn’t just a fluffy term tacked onto the tomato salad on a restaurant’s menu.

So what’s the biggest reason? Taste.

You can’t beat the sweet and tangy punch of a red-green heirloom tomato compared to a bland beefsteak from the grocery store. After all, heirlooms were developed at a time when people took great care and pride in growing their food. And because produce wasn’t being shipped thousands of miles, there was no need for a pear to withstand bruises or be a standard size.

Finally, heirlooms are open-pollinated, which means you can replant an heirloom seed years later — and get the same result as the first plant that was ever grown….

In the end, heirlooms have an intrinsic quality that can’t be beat….

For more information on growing heirloom varieties, check out the full post at Zukeeni.com.